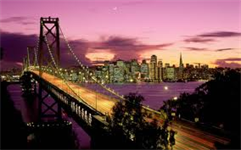 I'm going to give you a quick glimpse into the female mind, just for a minute here. Because I-for one-am a female and realized something about our breed that can't really be explained like most other things that have to do with our sex.

"Goo hoarding." What is goo hoarding you ask? Well, it's quite a ridiculous phenomenon if you ask me. I was putting things into a different purse the other day-because us women in fact need six different purses and a hand bag or two for various occasions apparently-and it was just FILLED with crap.

Apparently I need nine different types of lip gloss on hand at all times. Seriously, and on top of it, I need doubles. Just in case my Plum Blossom magically falls out of my zipped up purse, I need a second one. And I need the other eight flavors just in case I get bored of the first one I had on.

As I'm dumping out my purse there are so many things that aren't even relevant to my every day life that come pouring out in the pounds. Honestly! The banana has been in there for a week and a half and hasn't begun to go brown yet because of all the chemicals radiating from the immense amount goo hoarding I'm doing.

Oh and look! There's a flashlight, just in case the zombie apocalypse happens and it's night time. You laugh now...but when that time comes you'll be wishing you had my flashlight to defend yourself with.

Yeah, and don't even get me started on my bathroom. There's four or five shampoo bottles sitting in my shower with the littlest bit left in them. And they sit there for months without being used 'cause I have a fresh new pretty one I recently bought waiting for my attention. Do I throw out the old ones? No...they sit there and add to the options. Which I go over fifteen times while I'm standing there. And always choose the same new bottle every time.

And us women, when we're in the store and just happen to walk by the make-up section...oh boy. It's like an addiction to us. We need to buy every single color or we'll go insane. If we see one we don't have, we buy it without a thought, even though it's going to sit in that drawer we can't even open because it's already crammed with other crap we absolutely 'needed'.

And then after you've managed to switch your purse and get rid of the half a pound of receipts you have in the bottom that you just had to save, you actually forget something you might of needed.

Like your debit card, that's zipped up nicely in that little pocket for your convenience.

The only reason us women say we're not as complicated as men think we are is because we don't even understand ourselves and why we have these weird habits that could never be explained by science....

or by God for that matter.

Use a seriously sarcastic ton of voice.

To obtain the author's permission (if needed), you may send a private message to Allekatt directly from the author's profile page (Sign In / Sign Up required).

The Waiter & The Customer Comedy Skits
10

1 My Comedic-Writing Epiphany: Spotting The Ext...
2 The Art of Comedy?
3 Louis C.K. In Trouble
4 The Lime Light Of Comedy?
5 How Do You Find An Audience?
6 Writers Block
7 I Don't Get Swearing as Being Funny
8 Setting Goals
9 Observing Comedians Observations
10 After My First Script
END_OF_DOCUMENT_TOKEN_TO_BE_REPLACED