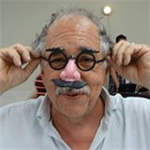 Exciting news for all those D. Trump supporters. Effective immediately you are considered to be part of a very exclusive group of blind followers called the "D. Trump Zombie Brigade." As a member of D. Trump's Zombie Brigade you have become part of an elite group of zombie bloodsuckers. Much like its fearful leader, members will take on lackluster characteristics including: Walk in a blind and somewhat contorted stupor

Will believe lies are truths

Will not believe in anyone who does agree with them

Will talk before they actually think

Unlike their zombie leader, won't have a penny to their name

As an added bonus, new members will have full annual pass membership to the D. Trump Theme part called "Donald's World." This egocentric theme park will feature the following:

While at the park, enjoy the D. Trump non-substances specialty sandwich, "The Trumpwich" (all bologna on a seedless bun). Every D. Trump Zombie Brigade member will also receive entry to the park and will have a chance to win an all-expenses (less $12,000 admittance fee) to Trump University where you can earn your Honorary B.S.D.A degree (Bullshit Dumb Ass Degree). Sorry this offer not available to Muslims or other factions who may disagree with the D. Trump ideology.

As an extra added feature, all D. Trump Zombie Brigade members will also receive the following:

And as an added bonus the "Drink Mixers Guide" personally signed by cultist Jim Jones.

So don't delay, in November cast a mindless vote for D. Trump and follow him to the ends of the earth (although with his mindset that may very well be)

The aforementioned satire is meant to offend, ridicule and embarrass D. Trump supporters (hmmm... isn't that what he does to anyone who doesn't agree with him?)

To obtain the author's permission (if needed), you may send a private message to Paxton55 directly from the author's profile page (Sign In / Sign Up required).

1 Observing Comedians Observations
2 Louis C.K. In Trouble
3 How Do You Find An Audience?
4 Writers Block
5 The Lime Light Of Comedy?
6 My Comedic-Writing Epiphany: Spotting The Ext...
7 Becoming Comfortable in Front of a Crowd
8 Getting Past Getting Stuck
9 Stand up Downfalls
10 After My First Script
END_OF_DOCUMENT_TOKEN_TO_BE_REPLACED