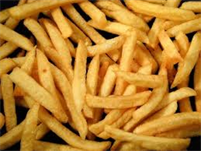 Scene: The living room in Mark’s apartment. Mark is the current host of the group’s weekly book club.

Mark – Mark is a 45 year old conservative single male and owns a home. He is a Certified Public Accountant (CPA) for a major accounting firm.

Joe – Joe is a 65 year old retired police officer. He has trouble managing his anger and often swears or is verbally abusive.

Shirley – Shirley is a 32 year old female. She works as a nurse for the local hospital, and is a sex addict.

Jay – Jay is a single 40 years old male still living with his mother and father. He is an alcoholic and is unemployed.

Well people…how did you enjoy this week’s book? I know…I know…we’ve all seen Dracula in the theatre, but this is the original novel. It’s where it all began! Without Bram Stoker, we may not have had all those wonderful films.

Do you have any wine? I’ve just gotta have a drink! I’m tryin’ to quit smoking, and maybe a drink will help calm my nerves.

Jay, I’ll get you some wine in a minute. But first let’s talk about the book.

(Joe raises his arms and starts yelling at Mark.)

Just give the asshole some wine, damn it! You know he won’t shut up until he gets his damned wine! By the way…I thought the book was wicked awful. That Van Helsing fella was such a fuckin’ wimp! If I were him…I would’ve sent Dracula’s ass back to hell from the get-go.

I thought it was a wonderful love story. Dracula was just lonely, that’s all. He was just looking for a good woman to take care of him. He seemed like a lovely man…so powerful and strong. Oh my! It just gives me the chills (Shirley shivers) thinking about it! I would die to get my hands on such a powerful and strong man like that!

Dracula was a very powerful figure Shirley…but he had a supernatural control over the women that wanted him. It wasn’t their free will. He took what he wanted!

Will someone get me some fucking wine already?!

(Mark gets Jay a glass and opens a bottle of red wine. He gives them both to Jay.)

Jay. Are you okay?

Yeah, yeah…I’m fine. I just need something to calm me down cuz I’m quitting smoking….I’m sorry….that’s not really it at all. My mother and I had a fight right before book club.

(Jay starts crying and takes a few gulps of wine out of the bottle.)

She called me a bum cuz I haven’t worked in 2 years, and she said that a 40 year old guy like me shouldn’t still be livin’ at home with his mother and father. You understand Mark, right? You don’t think I’m a bum…do ya?

(Jay continues to cry and takes a few more gulps of wine out of the bottle.)

Jay…I think your mother loves you very much. Maybe she was just a bit too harsh with you, but it’s probably because she loves you and wants to motivate you.

Thanks Mark. You’re a good friend...I respect you.

You never said you was unemployed! I’d kick your ass if I was your father Jay! It sounds to me like you’s a fuckin’ bum…just like your mother said! Maybe a good ass-kickin’ would straighten your little sissy ass out! But I think your father just doesn’t have the balls to do it.

(Jay starts crying again and takes some more gulps from the bottle of wine.)

I don’t think that was necessary Joe. You’re just getting Jay more upset.

(Shirley moves next to Jay who is sitting on the couch and rubs his upper thigh.)

The boy just needs a woman’s love…that’s all. Isn’t that right Jay?

(Jay speaks in a whimpering voice.)

(Shirley whispers in Jay’s ear while rubbing his thigh.)

I can make you feel real good baby. Let’s head on back to my apartment and you’ll forget about all your problems with your mother. You can be my Dracula and bite my neck.

I gotta go to the bathroom.

Shirley! What did you say to him?

I was just being friendly Mark…that’s all.

You know Shirley Mark? She was just trying to have sex with the fuckin’ sissy boy!

(Jay overhears Joe from the bathroom and responds in a squeaky voice.)

I heard that! I am not a sissy boy!

(Mark looks at everyone in a serious manner and is very stern when he talks.)

Does it always have to be like this with you people? Do you think we can ever have a meeting where we actually talk about the book?

Free for all.
~Avery Sommerfeld

To obtain the author's permission (if needed), you may send a private message to Avery Sommerfeld directly from the author's profile page (Sign In / Sign Up required).

1 Louis C.K. In Trouble
2 Observing Comedians Observations
3 Writers Block
4 How Do You Find An Audience?
5 After My First Script
6 I Don't Get Swearing as Being Funny
7 The Art of Comedy?
8 Funny Is In The Eye Of The Beholder
9 The Lime Light Of Comedy?
10 Setting Goals
END_OF_DOCUMENT_TOKEN_TO_BE_REPLACED