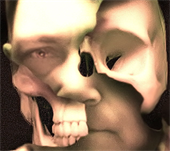 (Tea-break / Engineering factory / in a clear space between the machines, the workers are sitting in a circle wearing boiler suits drinking tea / Bill is a renowned story teller, usually tales that enhance his life / Most of the workers resented Bill?s tales as lies / Young Steve was the only one who seemed fascinated by Bill?s Stories)

ROB: I was talking to a bloke in the Fox last night ? he gets double time from Friday afternoon ? when I told him we get time and a third at all times he pissed himself

TERRY: Most firms do ? it?s only these tight arses I know that don?t

BILL: I always paid my blokes double time when I was manager up in Hull

TERRY: Where was that then Bill?

BILL: Seymour and Stokes general engineering on Kings Lane industrial estate ? I was manager there for four years

ROB: I never knew you were a manager Bill

BILL: oh aye ? I?ve been manager at a few places me ? and not just engineering

BILL: Pubs, clubs ? a few pubs around Yorkshire ? a nightclub in Jersey

BILL: oh aye ? Polka dots it was called ? well, when I say night club, it was an old liner that had been converted ? it was gorgeous inside ? it was the place to go back in the seventies

(At this point Terry and Rob looked at one another rolling their eyes ? Terry motioned to Rob that his mug needed rinsing and got up ? Rob followed)

STEVE: So it was a boat?

STEVE: What a brilliant idea ? turning a boat into a night club

BILL: My feet hardly touched dry land the whole time I was there ? I lived on a house boat across the water from the club and used to go to and from work in my speedboat

STEVE: You had a speed boat?

BILL: You think that?s a life style mate ? let me tell you ? there was some money on that Island ? I came home from work one morning and there was this huge luxury yacht moored at the house boat next door ? A big American flag flying aft ? the flag was bigger than my speedboat ? my new neighbour put my boat to shame

STEVE: Was he a rich business man or something?

BILL: Aye ? The one and only ? I passed by one day and he was swabbing the decks ? so I said to him ?Ay up John ? give us a go on your boat?

Just jokingly like and do you know what he said to me?

(Bill stood up and moved the chair from behind him ? he then started bending his knees moving his hips and swinging his hands in front of him ? a poor visual impression of John Wayne?s stance)

BILL: Well ? he took his keys from his pocket and tossed them at me and he said ?Bring her back in one piece pilgrim?

STEVE: Wow ? that?s brilliant Bill ? What did you do with the speedboat when you left there?

BILL: I claimed on the insurance

STEVE: Why? Did you crash it or something?

BILL: Not quite ? had it scuttled

BILL: Yeah ? A few people on the island did ? it means sunk ? on purpose ? John Wayne used to do it ? give him fifty quid and he?d take your boat out and sink it ? then swim back

STEVE: What? A Hollywood movie star would help deceive insurers for a mere fifty quid?

BILL: It wasn?t just fifty quid though ? loads of people went to him ? and he enjoyed it ? it was his hobby ? that and swimming

Bill has a habit of telling tall tales or yarns each time he speaks he has a slightly different take on reality. He's a nice guy, but so full of it that his eyes are brown And you know when he's fibbing ... his lips move

To obtain the author's permission (if needed), you may send a private message to paulfclayton directly from the author's profile page (Sign In / Sign Up required).

1 How Do You Find An Audience?
2 Writers Block
3 Stand up Downfalls
4 Louis C.K. In Trouble
5 Observing Comedians Observations
6 The Art of Comedy?
7 After My First Script
8 Becoming Comfortable in Front of a Crowd
9 Getting Past Getting Stuck
10 The Newbie
END_OF_DOCUMENT_TOKEN_TO_BE_REPLACED