One Jacked Up High School Tale 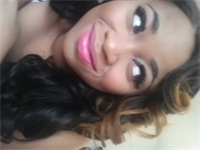 One Jacked Up High School Tale

To obtain the author's permission (if needed), you may send a private message to nevaeh_michelle directly from the author's profile page (Sign In / Sign Up required).

Submitted by Alex (not verified) on Thu, 09/05/2013 - 05:37
HI :) I'm planning to do a school productions for charity and I was wondering if I could use your script? It's just what I've been looking for: it's halarious, witty but not too rude with a message as well :) Would it be okay to use your script? All money would go to charity

1 How Do You Find An Audience?
2 Louis C.K. In Trouble
3 Writers Block
4 Observing Comedians Observations
5 After My First Script
6 Funny Is In The Eye Of The Beholder
7 My Comedic-Writing Epiphany: Spotting The Ext...
8 The Art of Comedy?
9 After Losing Hope: True Heroes Of The Enterta...
10 Setting Goals
END_OF_DOCUMENT_TOKEN_TO_BE_REPLACED